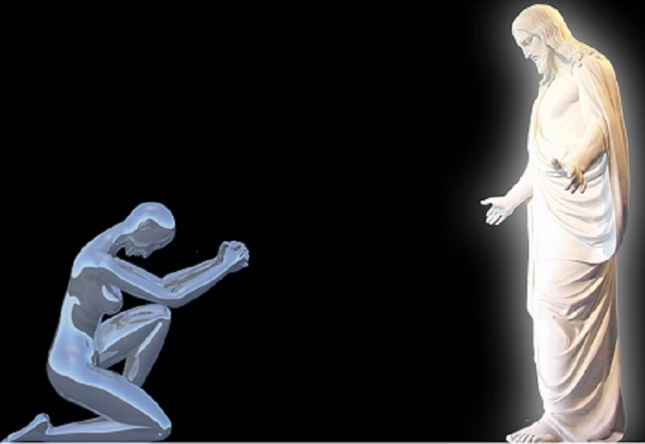 Tower of Babel is symbolic of babble of Prophets. Speaking about the essentially practical experience of communion with God, needs far more herculean efforts, than gaining communion. Several Prophets have undergone the agony of a dumb lamb, baying amidst crowd of babbling humanity.

The writer proclaims to have had first person experience of Communion with God. The Grace of the Spirit of a Prophet, enabled the writer the communion as well as links with the spirits of several ancient Prophets, of many Great Religions of the world. Communion is the Alchemy of a True Prophet. The Language of God, is Symbolic Images of Light. Grace of God alone can Give Sight To Blind. The Light of God travels Faster than the Speed of Light. The Light of God, unlike sunlight, has no limitations of Day or Night, no obstructions of Solid or Liquid and no frontiers of Timelines of Past, Present or Future.  Sight of God Removes all Differences. Then, only oneness remains.

The Tower of Babel is said to have risen, from City of Sin and not high morals, to touch the heavens. Moral Codes, historically, were relevant in Primitive Times, for building up of Welfare Societies, for peaceful co-existence of masses. With the development of Modern Democracies and Systems for Law and Order, Moral Codes do not continue to have same positive relevance, to Present Times. Negative relevance, is clear in threats to secularism from ignorant moralist turned fundamentalists who support terrorism.

Teachings of the ancient Prophets, can be classified in to Two Parts. While moral Codes are variable – with Geography, Culture and Time Line relevant exigencies, Light Codes are constant – Culture Neutral and Time Proof. Light Codes are most relevant for all times, Past, Present and Future.

Leaders of nations, research institutions and industries can draw power with Light Codes for development of ‘Kingdoms of God’. True welfare states are technology driven, with secular Churches that function as centre for development of light code based systems of education and research.

Any one from any inherited or chosen religion, and even a non-believer rationalist atheist, can gain quick communion with his/her personal God or symbol of faith through the very same religion or belief.

Communion is gained when resolutions of human mind are compressed, with a certain technique. Communion enables higher knowledge, in any and every chosen fields of interest. A higher level of control over matters and events is possible, through Communion with God.

(Excerpts from writer’s upcoming book at Westbow Press –  A Division of Thomas Nelson.)

Channel365
The Camp Of The Saints

foodforpresident.wordpress.com/
the next american president